Berta is a licensed scuba diver (PADI) and freediver (AIDA**), so she is able to shoot underwater.

All photographs are available as high quality prints here.
If the photograph You want is not there, please, contact: info@godoberta.com

2x nominee for the Joop Swart Masterclass at the World Press Photo. The Netherlends, 2018; 2019

Honorable mention at the International Photographer of the Year (IPOTY). USA, 2016

1st prize at Photo contest "On the Go". Asia-Europe Foundation, 2015

1st prize for the Travel Film at Columbus of Lithuania. Lithuania, 2015

One of the 30Under30 Female Photographers selected by PhotoBoite.com, 2015

2nd prize for the single photograph and Honorable Mention for the photo story at the Photo Annual Awards. Czech Republic, 2015

1st prize at Lithuanian Press Photography 2014 (for "The Ice Road" photo story, together with Dikiy.me team)

1st prize for the feature "The River Runs Back" at WASH Media Award in TV category at International World Water Week. Sweden, 2012

3rd prize for the feature "The River Runs Back" at Digital Heretics international journalism award. Italy, 2012

National winner at Journalism awards "For Diversity. Against Discrimination" Lithuania, 2009
(Together with colleague Kristina Urbaitytė)

"Azija be sienų" (Asia With No Walls) - travel journalism and photography. In cooperation with Paulius Mačiulevičius and Andrius Jančiauskas.

Out of the Water. Personal exhibition at Kaunas Photo festival, 2017.

People of the Ocean. Personal exhibition, 2015

Everything you do in life will be insignificant. But it's very important, that you do it." (MG) 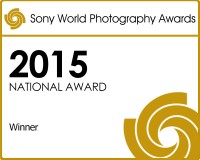 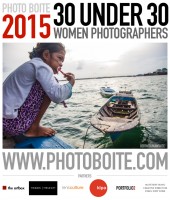